The most powerful rocket built by NASA since the Apollo program is biding its time. Developed since 2011, this apricot-colored launcher will be responsible for sending crews to the Moon during the decade. If the SLS is not the future (too expensive and not reusable), we will have to rely on it for a few years. Here are some key points to remember.

Block I and Block 2

Officially known as the Space Launch System (SLS), the vehicle is part of NASA’s Artemis program which aims to return humans to the Moon for the first time since the Apollo era. For the first mission of this incredible project, which aims to send an unmanned Orion capsule around the Moon, the American agency is offering a first version of this huge rocket called Block 1.

In this configuration, the launch vehicle and the capped ship above will be 98 meters high and weigh 2,600 tons. By comparison, the Saturn V that launched the first astronauts to the Moon was 110.5m tall.

However, the SLS rocket will be able to deliver over 4,000 tons of thrust, 15% more than the Saturn V. The SLS will also be able to carry over twenty-seven tons of payload to the Moon. Although this is slightly less than the Saturn V in terms of capacity, the SLS will still be more efficient in that less load capacity will be wasted on different stages and fuel.

Future versions of SLS will be even bigger and more powerful. The Block 2 configuration, which will have an additional upper stage to provide more thrust and a larger surface area for payloads, will meanwhile be 111 meters high and will be able to deliver more than fifty tons of cargo to the Moon. This version may also allow further exploration of the Solar System.

The workhorse of the Artemis program remains the RS-25 engine. The latter was originally used to launch American space shuttles. The first floor of the SLS will have four. NASA also has sixteen on hand for different missions.

This equipment has naturally been overhauled with new computer controllers and upgrades to ensure that it can handle the higher performance demands of a launch of this caliber. Just one of these motors could generate enough power for 1,362,456 kilometers of streetlights, enough to make an Earth-Moon round trip, then fifteen times around the Earth.

The RS-25 rockets are propelled by 3.3 million liters of supercooled liquid hydrogen and liquid oxygen. The RS-25s will be supplemented by two solid rocket boosters attached to the side of the central module. They are the largest and most powerful ever built. Each is fifty-four meters tall and capable of delivering 1,600 tons of thrust, burning approximately 5.4 metric tons of acrylonitrile polybutadiene propellant every second.

NASA aims to launch its long-awaited Artemis I mission on August 29. During this test, the capsule will move about 400 kilometers above the lunar surface on a retrograde. In other words, it will fly in the opposite direction to the rotation of the Moon. The ship will remain for several days, the time to carry out tests, then it will return to land in the Pacific.

A manned Orion capsule could then circle the Moon as part of the Artemis II mission. This could be launched in 2024. Artemis III, which plans to land two new astronauts on the Moon, will not be launched until at least 2025. Afterwards, NASA would like to build an orbital station around the Moon. promote surface missions, but also establish a permanent base at the south pole where the distribution of water ice is the most important and accessible. 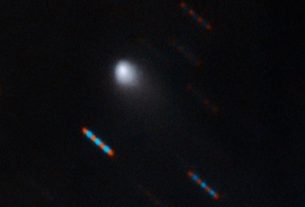 Say hello to 2I / Borisov, the new interstellar comet! 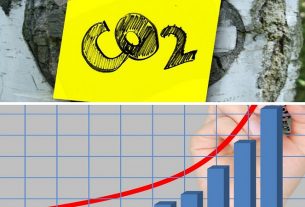 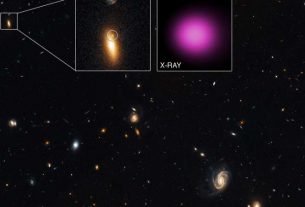