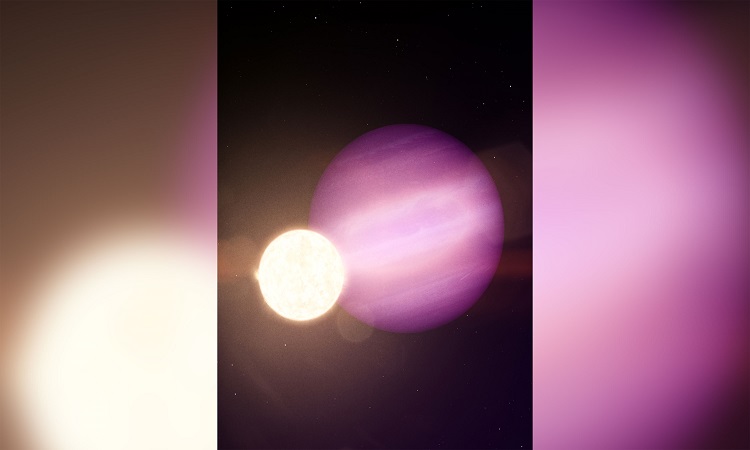 As a Sun-type star age, it begins to swell until it becomes a red giant. When it nears the end of its life, the star finally expels its outer layers of gas, losing up to 80% of its mass. It leaves behind only a dense core, a corpse of a star called a “white dwarf”. This is how our Sun will end in about ten billion years.

During this process, all nearby objects are usually engulfed and reduced to ashes. In our system, for example, we know that Mercury, Venus, Earth, and possibly Mars will be swallowed up by the Sun in a few billion years. Hence the interest of this new discovery.

A unique system
Thanks to NASA’s TESS satellite and Spitzer telescope, astronomers claim to have identified an intact planet moving very close to a white dwarf. Details of their work are published in the journal Nature.

Called WD 1856 b, this Jupiter-sized planet is about seven times the size of the white dwarf (WD 1856 + 534), a distant member of a three-star system that is only 40% larger than the Earth. This planet circles it every 34 hours, which is more than sixty times the speed of Mercury orbiting our Sun. You will find all these beautiful people about eighty light-years away, in the constellation Dragon.

Migration inland
The question is: how could such a planet end up there? “The process of creating the white dwarf normally destroys nearby planets, and anything that gets closer later is usually torn apart by the star’s immense gravity,” recalls Andrew Vanderburg of the University of Wisconsin. Madison. “However, WD 1856 b, although very close to its white dwarf, nevertheless manages to remain in one piece”.

For the researchers, WD 1856 b was initially intended to operate in an orbit at least fifty times farther from its current location. So she eventually got closer to her star, one way or another, once it changed from a red giant to a white dwarf. As to why and how, researchers still do not know, but they suspect a game of interactions with other planets.

In an independent commentary, Steven Parsons of the University of Sheffield said the discovery offered us “the tantalizing prospect of detecting additional worlds in this system in the future.”

WD 1856 + 534 being only 82 light-years away, the gravitational effects of these potential other planets on the white dwarf could indeed be detectable from Earth. “This system, therefore, opens up a whole new field of exoplanetary research,” he concludes. 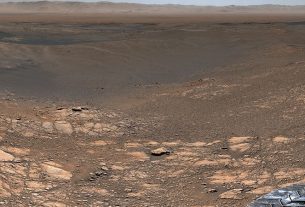 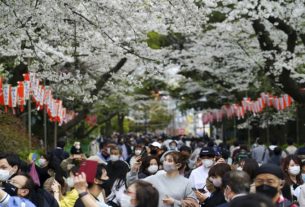