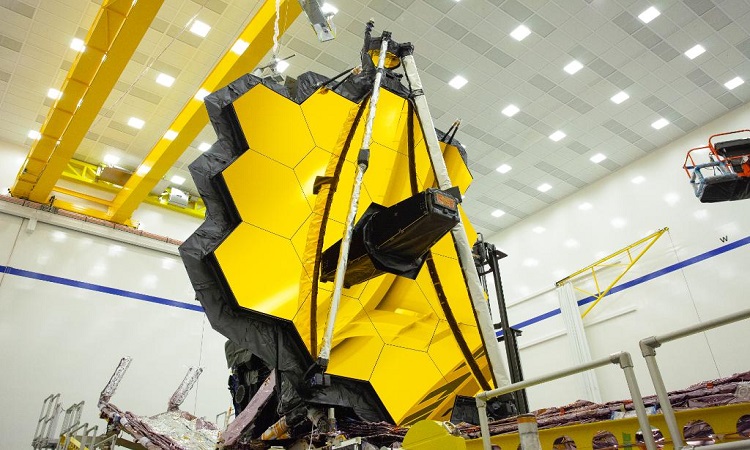 The size of a tennis court, the five-layer sunshade of the James Webb Telescope was recently successfully deployed at NASA facilities. This important milestone brings us closer to its launch planned for next year.

The James Webb Telescope is one of the most anticipated space observatories, with a launch normally scheduled for next October. Positioned around the point of Lagrange L2, 1.5 million kilometers from Earth on the side opposite the Sun, this worthy “Hubble successor” will be able to probe the early Universe like never before. The telescope will also be able to measure the composition of atmospheres of nearby exoplanets. In this way, astronomers can then estimate their degree of habitability.

Of course, before releasing such a gem into space, it’s best to make sure that everything is functioning normally. Last April, NASA engineers successfully deployed the centerpiece of this long-awaited instrument: its gigantic main mirror. Tests carried out this summer were aimed at ensuring that the observatory would respond to commands once in space. Again, everything went off without a hitch.

More recently, engineers performed a final round of large-scale deployment and stress testing of the telescope’s five-layer sunshade.

Stay as cool as possible
The JWT, it will be recalled, will be entirely focused on infrared wavelengths, largely invisible to human eyes. The problem is that it is very complicated to “see the cosmos” in infrared from the earth’s ground because of the light pollution from the heat. Everything, from the human body to the planet, indeed returns heat.

That’s why the James Webb Telescope will be placed approximately 1.5 million kilometers away. But again, the instrument will have to deal with a very important source of heat: that of the Sun.

To cope with this, NASA engineers have therefore imagined a sun visor 22 meters long and 11 meters wide, composed of five very thin layers of extremely reflective materials. This incredible structure should keep the telescope in the shade, at temperatures of around -223 ° C. Note that some of the instruments on board will also be kept cool (-258 ° C) thanks to an active cooling system.

During these tests, engineers sent a series of commands to the telescope, which in response activated 139 actuators, eight motors, and thousands of other components to unfold and stretch the five membranes of its sunshade. One of the main challenges of this test was being able to unfold it in the earth’s gravity environment, which causes friction. However, everything went very well.

The team is now preparing for the final post-environmental deployment tests before shipping the telescope to the launch site next summer (Guyana). This sun visor will then be folded around two sides of the observatory which, as we recall, will be placed in an Ariane 5 launcher, supplied by the European Space Agency. 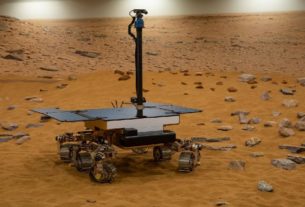 ExoMars mission: the European rover returns to the garage 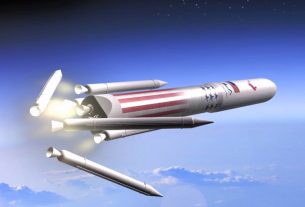